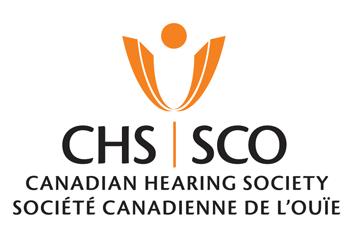 Canadian Hearing Society workers continue to strike as management at CHS and its union, Canadian Union of Public Employees, cannot come to an agreement. There are no signs of negotiating and they’ve been without a contract since 2013 impacting 227 workers across Ontario impacted more than 35,000 clients.

CHS is a non-profit organization established in 1940. It’s the leading provider for products and services such as interpretation and information to eliminate barriers to communication.

According to the CHS website, they are proud to “promote equity for people who are culturally deaf, deafened, and hard of hearing”. With their mission statement in mind, some critics have argued that CHS is hypocritical, as the needs of workers have not been met.

CUPE is responsible for representing unionized workers and had been in talks with CHS since late 2016 but because employees have been without a contract for years.

Issues involving sick leave, employee benefits, wages and pension plans are at stake as the cost of living continues to increase.

“Many of us are deaf, oral deaf, deafened or hard of hearing… Our members have been pushed to this position by an employer that is being unreasonable” said Stacey Connor, President of CUPE.

CHS says they are disappointed that CUPE has rejected their recent efforts to end the strike. After four days of mediating sessions, CHS was surprised CUPE turned down the proposal. CHS feels CUPE should have proposed the deal to its employees before refusal.

According to the CHS website, Vice-President, Gary Malkowski, said, “We are disappointed that the union has chosen to strike and we will continue to work to get them back on the bargaining table”.

An Executive Labour Relations team member also commented, “We thought both sides were making progress that would lead to an agreement…hopeful the parties would reach a deal that was in the best interest of all our employees and would get them back to work”.

CUPE has also released an article on their website, addressing the recent negotiation refusal, reporting their national representative, Barbara Wilker-Frey as being shocked, stating, “The employer tabled a partially-conceived proposal that strips the health and benefit plan… At this point, we question their motives and if there was any commitment at all to reach a settlement”.

Since 2015, CUPE has noticed CHS’s focus shifting. She says there’s more emphasis on a business model than service to the community. A frustrated Wilker-Frey said, “As the business side of the organization has become more profitable, we’ve seen executive salaries rise, but when our members try to negotiate a fair contract, we are told that there is no money. This organization receives money from the province, from charity and from sales.” Asking, “Where is it all going?”

Despite their differences, both parties say they welcome fair negotiations. However, at this time, a date has not been set to further propose negotiations. For more information about locations and services currently available, please visit the CHS website or contact them directly.

CHS, their say on strike
http://www.chs.ca/news/canadian-hearing-society-very-disappointed-cupe-rejects-chs-latest-robust-offer